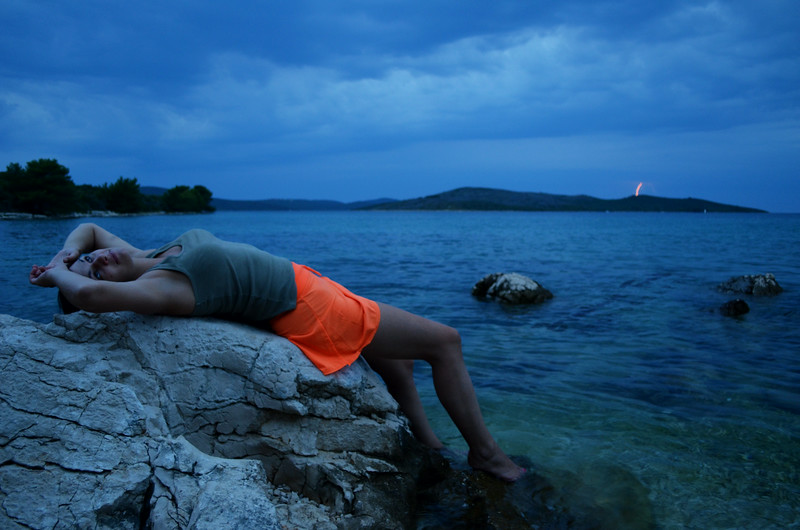 It was one of those everything-is-possible moments.
The moment of self-realization and unity with nature.

With an apocalypse-like thunderstorm only kilometres away and heading our way, I fiddled with the camera's settings, trying to get some lightnings in frame, like a good-boy-photographer should.

When I sensed her relaxing like never before, I forgot everything about the lightning catching and used my secret silent-ninja-sneak-run to get to the shoot position without scaring her. I felt like a wild-life photographer for the first time...

Being in unity with everything helped. Nature played along!
When too-slow-for-hand-held shutter released, nature released a lightning shock too.
"Now that's why she was recharging here", I finally figured when the image appeared on the screen.

I believe everyone wishes, at least from time to time, for an energy burst like this.

So rest your eyes on this, recharge and come back winning! :D